Photographing the tiger with Objectif Nature, what to know.

India is a beautiful country with a very special fauna, to discover it is always adventure! The Indian relationship with their animals is almost incomprehensible to a European as our civilizations are different, so do not judge their behavior too fast. It must never be forgotten that this great country, densely populated, has managed to keep its great fauna to this day: tigers, leopards, rhinos, wolves .... are still very present in the country, near the humans, who sometimes pay their promiscuity with their lives!


The Tiger
Depending on the parks, there are very different populations of tigers, some of whom are not afraid of safari vehicles and others are fleeing as soon as they hear any noise! Tigers, contrary to what one might think, are not disturbed by the circulation of vehicles twice a day in their living space, it is the routine, and if they wanted to escape, nothing easier for them, a leap behind the rock and no one!
The tiger is a shade animal that lives in forests, bamboos or tall grasses, an ideal environment for hunting, but not for autofocus which will quickly sharpen the twig in front of the tiger and not on the tiger .
The tiger moves very early or very late, in other words when there is not much light for photography. Most of the time the tiger hunts at night when the parks are closed. In the day the tiger lies in the shade to sleep, there again, less light and not much action to immortalize. 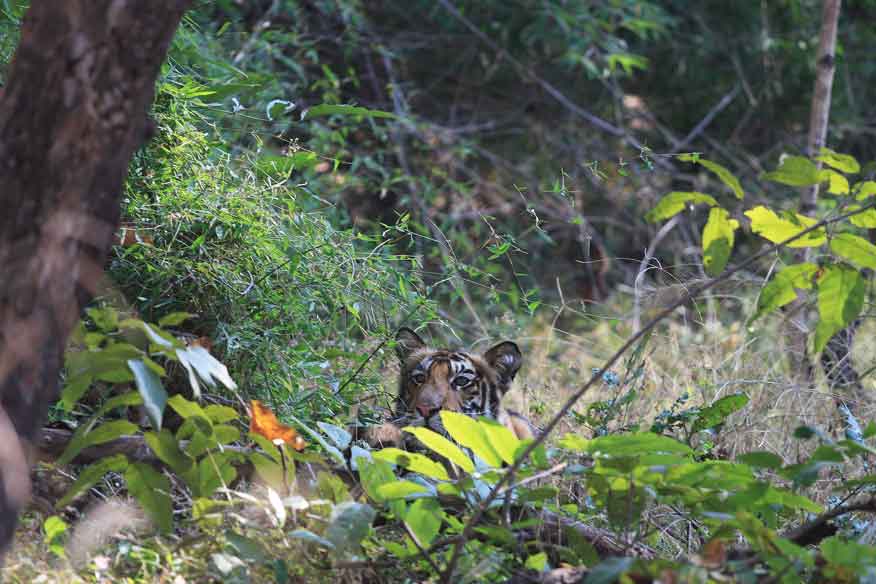 
The Safaris
The safaris take place in Marutti branded Gypsis vehicles with a maximum of 6 people plus a driver and a naturalist guide mandated by the park authorities. In Ranthambore there are also "Canters" who are large off-roaders containing 16 people. Objective Nature chosen whenever the park regulations allow it to take only Marutti with only 3 people on board, this gives more room to house all the photographic equipment while giving more ease to the photographers. 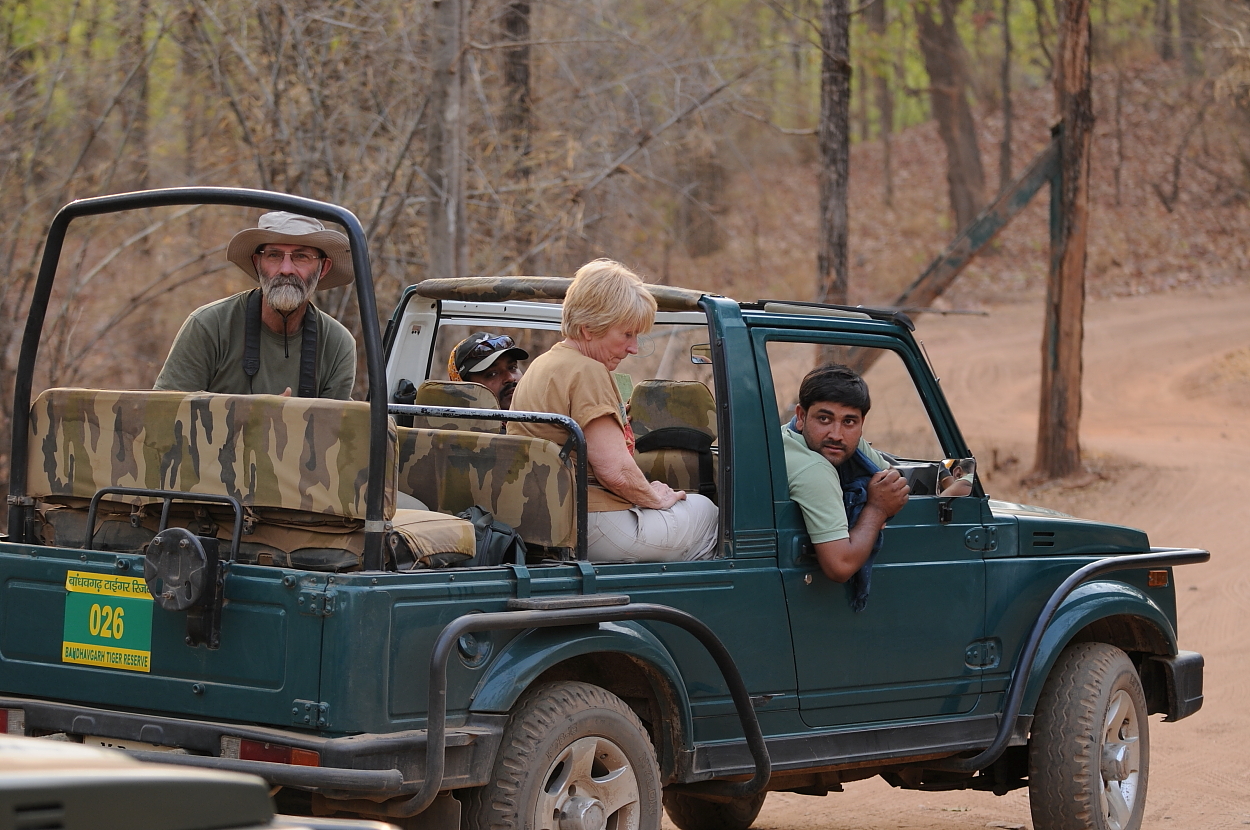 Indian parks are increasingly regulated, this is understandable from the point of view of protection of the tiger but it remains very restrictive.
You are required to have your passport with you, all participants are registered, before entering the park, with the car number, names of the driver and guide.
It is forbidden to smoke and get off the vehicle (except in specific areas)
The regulation of the parks does not allow the "off-piste" so the search for the tiger is done on a very small area and the observations are often limited to the animal that crosses the track, so there is very little time for the photo .
In order to avoid the regrouping of vehicles on the same point, the authorities of the park draw lots for the route that each one will take, no gap is permitted under penalty of prohibition of access to the park.
The opening hours of the protected areas are fixed by the park they can change according to the season.
The morning opens around 6 am and closes at around 11 am
The afternoon opens around 4 pm and closes around 7 pm

Gypsis like all vehicles on suspension move when the occupants move, it should be remembered during the photo sessions, a stable car allows better framing and sharper photos.
In general it is preferable not to make a sudden movement that can make escape the coveted animals, the birds are very sensitive.
On safaris, the search for tigers takes place first on the basis of the observations of the previous safari, to which are added the signs of passage (imprints, traces) and the cries of alarm of the different prey of the tiger that do not miss to signal the movements of the predator.

Special permits
In some parks it is possible to obtain special permits for photographers. With this permit you are allowed to enter the park, a quarter of an hour before the opening of the morning and to exit a quarter of an hour after the Closure of the evening, it is thus about 14 h in a row in the park! Moreover, it is allowed to move freely on all the open tracks, which allows an active search of the tigers, this method is much more fruitful compared to the "normal" safaris.
But there are also many constraints related to these permits: Only 5 permits are issued per day, vehicles with 3 people on board, a photographer and two assistants, the photographer must provide a copy of all his photographs to the park authorities, security, payment to order and imagine, very high prices ...


The season
All seasons have their own interests
- From October to February: the vegetation is still green and abundant, the tigers move easily in the morning and in the evening because it is cool, see cold, and because they find water everywhere. The light is less disturbed by the dust and the undulations of the hot air. You can have beautiful forest environments with mists and streaks of light through the trees.
- March to April: it is a pleasant period for the visitor, the vegetation is not burned yet, the temperature remains bearable and the tigers are still active in the morning, there are beautiful golden lights before 9 am and after 17 h.
- May and June: The temperature is almost unbearable, up to 50 ° C, the dust is everywhere, the light is hard, whitish and disturbed by the ripples of warm air, but the tigers are near the water points do not move, so it's easy to find them. In some parks, water points near the tracks allow the tigers to be seen very closely
- From 15 June to 15 October the parks are closed, it is the monsoon.

If you have to make a single trip March April is the right season, the ideal would be well on to vary the seasons, to diversify the lights and environments.
We must avoid the Hindu religious festivals (Holly, Diwalli) where the parks are closed and make sure to leave off periods of holidays of the Indians because the parks are then crowded.

A criterion that is often forgotten but which is decisive is the actuality of the tiger population that you will visit. If in the park you visit most females come to give up then you will not see them because they keep their young hidden and are very discreet. On the other hand, if most females have young people over 4 months old, then they will let them discover their territory, which will increase your chances of meeting them! 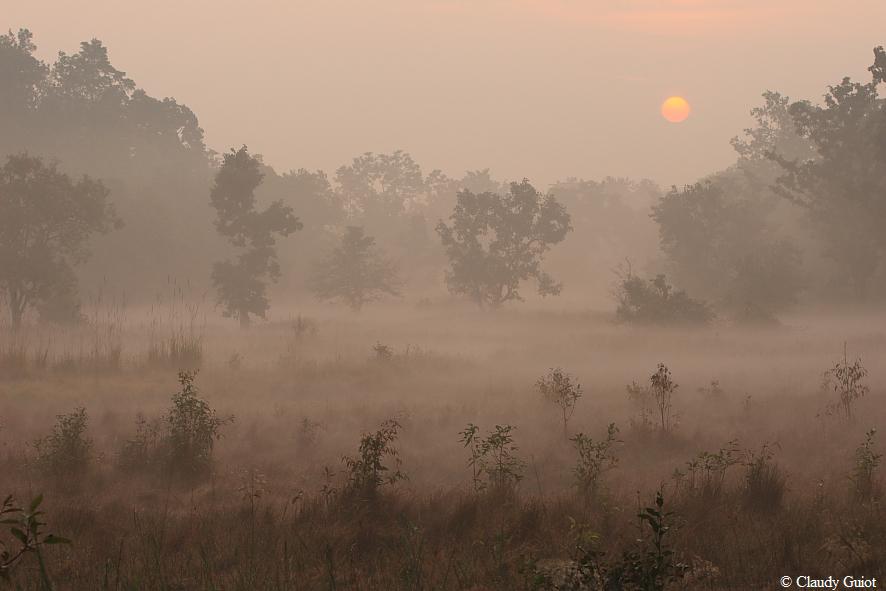 Sunrise in November in a clearing in Bandhavgarh Park.

What luck ?
The luck is often a good ally, you do not see the tiger on each exit but, as soon as you do 4 to 5 days of safari all hopes are allowed!

The Photographic Equipment
The best material is the one you are used to, because in situations of safari we often react quickly, it is not the time to look on the manual how to disengage the autofocus.
For objectives, the large openings (2.8) must be favored to compensate for the lack of light, the stabilizer is also useful in this case.
The zooms are very interesting because in situation, it is impossible to move to change the framing. The 70mm, 200mm / 2.8 is a very good choice with the APS-C digital format for the elephant safari, it will not allow portraits but it is handy and lightweight which is very appreciable in this situation . . Zoom lenses such as 100 / 400mm, 120/300 etc are well suited for 4 x 4 safaris.
Long focal lengths are not easy to use, lack of space, support and light.
A wide-angle zoom for landscapes can be useful.
The use of a "bean bag", a monopod can be envisaged according to the configuration of the vehicle that you have.
Digital cameras make it possible to use the range of sensitivity iso higher and higher by keeping images correct, it is a plus here where the light may be lacking.
In safari vehicles there is little room to store the equipment, the big photo bags are to be avoided, preferably, use small cases that are slipped under its seat.
The tracks are very dusty, it's good to have a plastic bag to put the camera in the shelter during the times when one is driving. Do not forget the blower to remove the dust on the lenses of the lenses.
In India the voltage is 220 volts as with us, the plugs accept almost all our small plugs with 2 plugs. The Indian electricity grid is subject to more or less numerous cuts, so electricity is not always available, it is necessary to leave with a charger and at least 2 batteries per device.
Remember to bring enough memory cards for your trip and do not hesitate to take a hard drive to make daily backups. 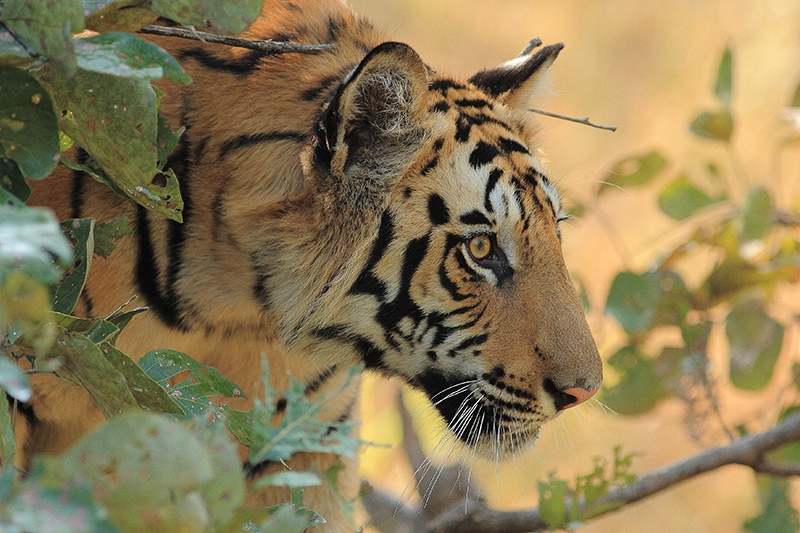 Why go on a trip with Objectif Nature

39 countries 70 nature destinations with the assurance that everything will be done to enable you to photograph in very good conditions.
Groups are always small
The accommodation is chosen to be as close as possible to the subject and to avoid to the maximum of wasting time in the displacements.
The vehicles are chosen and adapted so that each photographer can access the scene to be photographed without being disturbed by these neighbors.
The dates of the stays and the schedules of safari are chosen according to the peaks of the animal activities. You will be in the right place at the right time!
Your accompanist knows the destination perfectly, he will be an image facilitator, a photo advisor and a group leader, he will introduce you to the region, the animals and his way of photography.
Our trips are for anyone who wants to take their time to photograph or observe nature and animals, whether you are a beginner or a confirmed photographer you have something to learn and share with us.

Observing and photographing the tiger provides joy and emotion, it is a very great moment in the life of a wildlife photographer.